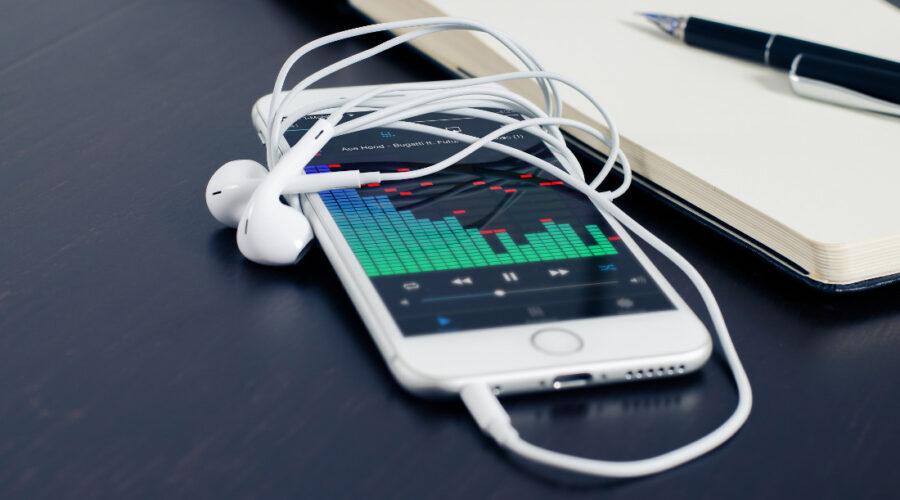 While the wearable industry has its attention turned towards Apple’s recently unveiled AirPods, rival Samsung is quietly developing a wireless earpiece of its own. The new patent application in which the device is detailed indicates that it will not only be able to play music and take calls but also monitor the user’s vital signs in the background.

According to the filing, the functionality is provided by a biometric tracker installed next to the earbud’s speaker that employs an activity measurement method known as photoplethysmography (PPG for short). Samsung’s module works by fixing two infrared beams on the ear and analyzing how light scatters off the veins below the skin to understand the user’s cardiovascular state. Since blood flow varies greatly among different parts of the ear, the collected data is often better than readings from locations like the wrist that are more commonly used for taking vital signs. And there’s also less motion that might interfere with the output.

Samsung says that its earpiece can continuously track a user’s heart rate and oxygen saturation based on fluctuations in light reflection, while simultaneously inferring blood pressure from the delay between pulses. The latter calculation is performed using a built-in software engine that can improve the accuracy of results over time as it accumulates data about the wearer. Taken together with the earpiece’s small size, this feature could potentially make the earpiece an attractive alternative to the traditional blood pressure monitors used in hospitals today. The device has the potential to make a particularly big impact for at-risk patients who need to have their vital signs checked regularly.

Whereas the task has traditionally required a nurse to periodically drop in and spend a few minutes tinkering with the monitor’s biometric cuff, Samsung’s earpiece should take only a few seconds to put on. And it’s also able to remotely transmit measurements via a user’s phone thanks to built-in wireless functionality. But most important of all is the fact that the device tracks biometric activity around the clock, thus generating a tremendous amount of biometric data that medical professionals can potentially use to improve diagnosis.

Moreover, Samsung’s earpiece could be similarly used by athletes to monitor their vital signs during exercise and find ways of optimizing their routine. Its broad feature set should give the device an edge over predecessors like LG’s discontinued Heart Rate Monitor Earphone that also used PPG technology but failed to take off due to their limited focus. What’s for certain is that South Korean giant will need all the value-added capabilities it can muster to keep up with Apple.

The iPhone maker was recently revealed to be developing a wearable heart monitor that appears to be modeled after the Apple Watch. Samsung boasts a head start since it has a well-established healthcare business that sells medical equipment to hospitals, but the company can still expect fierce competition for its earpiece if and when it moves past the drawing board.