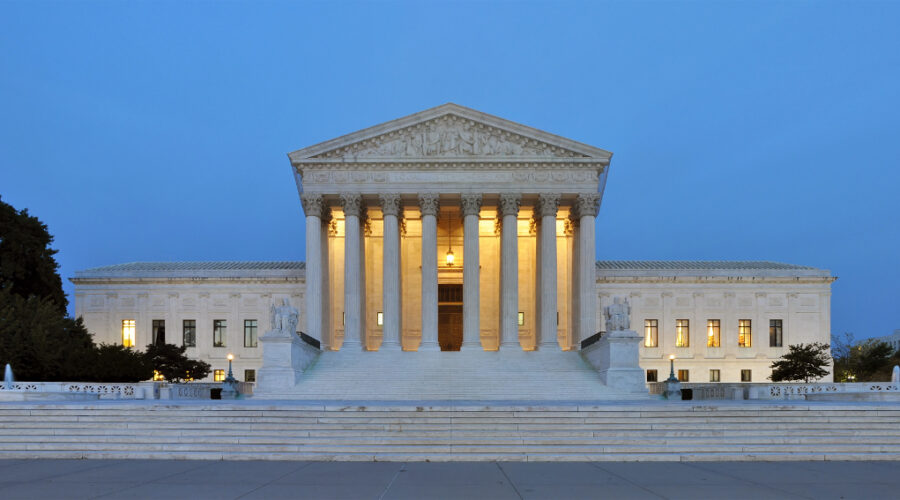 The tech industry usually doesn’t pay much attention to the happenings at the U.S. Supreme Court, but the October case schedule that was released last Thursday managed to generate a lot of buzz. The agenda includes an oral hearing of Samsung Electronics Co. Ltd. vs. Apple Inc. No. 15-777, a long-running patent dispute that could have major repercussions for hardware manufacturers everywhere.

The case traces back to the spring of 2011 when Apple filed a 38-page complaint with a California district court over the similarity of its South Korean rival’s flagship devices to the iPhone. The company argued the resemblance was the result of Samsung appropriating several of its device design, packaging and user interface patents. A jury accepted the argument the following year and awarded Apple over a $1 billion in damages that Samsung has been fighting to reduce ever since.

By May of last year, the phone maker had managed to nearly halve the fine to $548 million, but found itself quickly running out of rope. So after failing to secure a rehearing in the Court of Appeals for the Federal Circuit a few months later, Samsung decided to shift gears. The company paid its penalty to avoid the daily interest that accrues on outstanding damages payments and started building what would become one of this year’s most closely watched Supreme Court cases.

In its October 11 hearing of the dispute, SCOTUS will review an interpretation of the Patent Act’s Section 289 that the lower courts used to determine Samsung’s fine. The section has to do with how damages are calculated in cases involving the violation of design patents that describe a product’s appearance. It specifies that compensation can be as high as the total profits generated by the infringing product, which meant several popular mobile devices’ worth in Samsung’s case. The company argues that the fine is too steep because the Patent Act was passed in a time when technology was still fairly simple and copying a design patent often meant copying an entire invention. The average smartphone, in contrast, draws upon upwards of thousands of patents.

Samsung wants SCOTUS to revise its penalty based on the estimated profit contribution of the infringed Apple design patents, which it claims is significantly lower than the $548 million total. A favorable ruling wouldn’t affect the damages for the five other patents and trade dresses that were involved in the original suit, but could still earn the company a hefty refund. The reason why the rest of the tech industry cares about the case is because future patent disputes will also be heavily influenced by the court’s decision.

If SCOTUS rules in favor of Samsung, then hardware makers won’t have to worry about the prospect of losing all the profits from a product because it externally resembles a competitor. But if Apple ends up coming out top, those same hardware makers will become much more vulnerable to patent lawsuits than they are now. The stakes are especially high for startups that can’t afford drawn-out court battles. Some experts warn that investors may be scared off if the risk of litigation grows too high and economic growth will slow as a result. It should therefor come as a no surprise that several prominent tech companies including Google, Dell and Facebook have publicly thrown their support behind Samsung ahead of the October hearing.