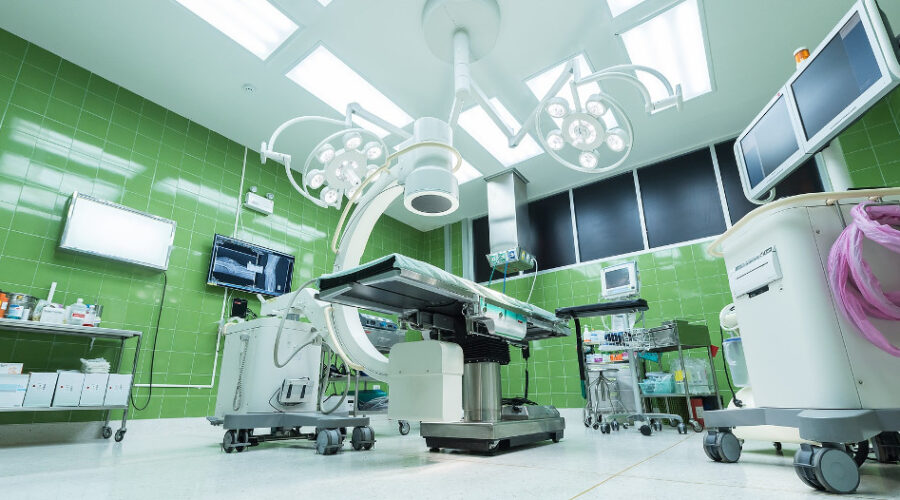 It appears that Sony’s interest in augmented reality is no longer limited to gaming. A Japanese intellectual property registration request that found its way its way into the public records of the United States Patent and Trademark Office this week reveals that the electronics giant has quietly designed a specialized head-mounted display designed to help surgeons carry out medical procedures more effectively.

Sony is placing a particular emphasis on endoscopic operations that employ miniature cameras inserted into the patient’s body to provide a view of their internal organs without the need to make large incisions for the surgeon to look through. The rapid advance of digital optics is allowing that approach to be applied in more and more procedures, but the technology on receiving end of the video capture has not been keeping up. As a result, operating rooms still handle the feed the same way they did when minimally-invasive surgery first emerged a few decades ago: With an old-fashioned display placed a few feet from the table.

That setup is immensely cumbersome due to a combination of the distance, screen size limitations and the fact that even the most sophisticated monitor can’t fully capture three-dimensional graphics on its two-dimensional surface. That may not make much of a difference when you’re watching a television show, but can make all the difference in the world for a patient undergoing a complicated operation that requires millimeter-level accuracy from their doctor. Maintaining such precision in the tense setting of an operating room is a challenge even when the view of the surgical site isn’t obstructed.

Sony’s newly revealed augmented reality system holds the potential to check off the entire list of problems with using traditional monitors at one swell swoop. It’s much more than a simple head-mounted display adapted to work with endoscopes. Before entering the surgeon’s sight, the raw footage first passes through a standalone controller that splits the video into two streams and displays each to a different eye in order to produce the stereoscopic effect needed for depth perception.

There’s a very specific reason why Sony decided to relegate the task of processing the video outside the headset. The controller providers easily accessible ports that can be used to stream the feed to a conventional display for special situations like a visit from medical students coming to observe a procedure. The arrangement also lends itself to better complex operations that require multiple cameras and surgeons each wearing their own head-mounted display.

If Sony decides to take the system to production, endoscopic surgery could become a much more viable option for severe conditions that are not effectively addressed by current imaging systems, a prospect that holds the hope of drastically improving the quality of care in hospitals. Being able to reduce the size of incisions not only enables doctors to lower the risk of damaging surrounding tissue but also significantly improves recovery times, allowing patients to move on with their lives that much faster.