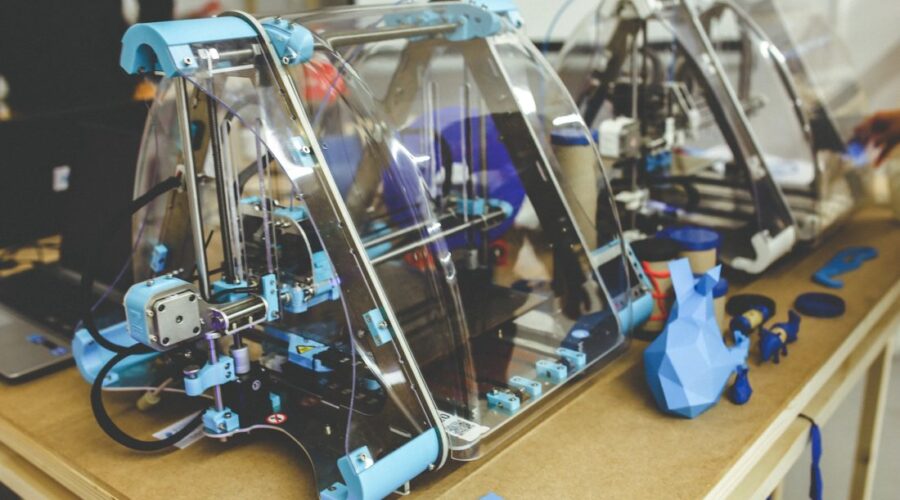 Look no further than a company’s patent trail to understand its expansion plans. If some moonshot technology suddenly comes up in a filing and never resurfaces again, it’s likely just the legal department trying to make the most out of employees’ overflowing imagination. But if that technology starts appearing in more applications over time, then you may have just stumbled upon management’s next big strategic initiative. Microsoft’s dabbling in 3D printing has officially crossed over into the latter territory with the release of its second fabrication-related intellectual property claim in as many months.

A joint team from the company’s Redmond headquarters and its Slovakian research branch has developed what is touted as a much more efficient way to emboss text on printed objects. The logistics of holding the liquid filament used to form the letters in place until it solidifies can make that otherwise minor task nearly as difficult as fabricating the object being engraved, raising the need for major modifications to the original design. Microsoft proposes to relegate the structural work that accounts for the bulk of the hassle to a specialized piece of software that is able to sort out the parameters of the project automatically.

The end-user simply has to specify the text they wish to emboss at their desired location and let the engine take it from there. Its fabrication algorithms follow the same approach that Microsoft detailed in its previous 3D printing patent filing and carve ridges into the designated surface that serve to prevent the fillment from sliding off or malforming in any other way while it cools. The difference is that the software goes a step further and shapes the ridges to fit the underside of the raised letters that are applied in the next stage to ensure everything keeps going smoothly until the project is complete. It’s effectively the modelling equivalent of joining two jigsaw pieces.

The technology offers a far simpler alternative to how the process is performed today, which involves separately modeling the embossing, integrating the design into the blueprints of the target object and then testing the combined whole for integration problems. Reducing the task to a simple matter of inputting size, color and location parameters holds the potential to free up a tremendous amount of time for more important tasks. But above all else, it removes the need for the user to have any special graphics training, the first  step toward making on-demand personal manufacturing a household reality.

Microsoft is unlikely to stop at merely carvings and embossments. The software detailed in its two recent patent filings seem to be a part a much broader platform for automating 3D printing that holds immense promise for the maker community. Given the amount of effort that the company has put into the project so far, the question we should now be asking is not if but when the finished product will be ready to hit the market. Potential competitors like Autodesk better take heed.