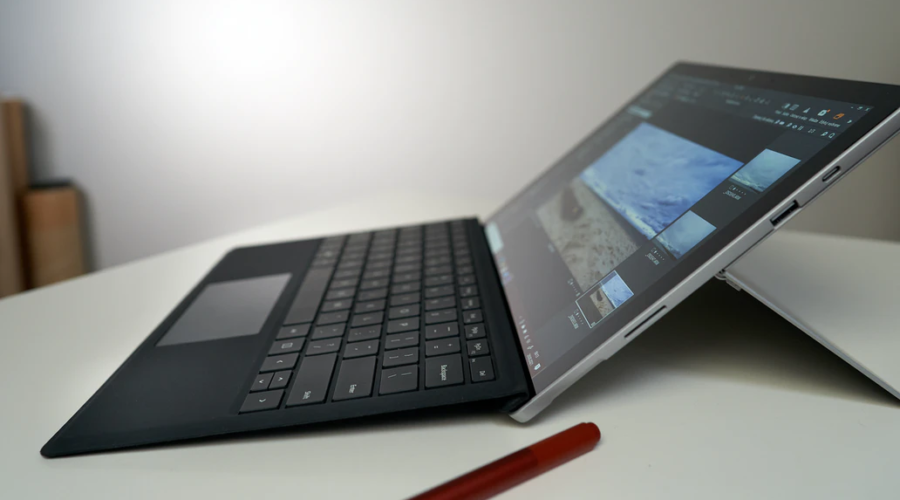 The NFL takes note-taking very seriously. So seriously, in fact, that its technology division gave Microsoft a $400 million contract last year to supply every coach with a specially-created rugged edition of the Surface Pro for that very purpose, the specifications of which recently surfaced on the U.S. Patent and Trademark Office’s online database.

The tablet is identical to the mass-produced Surface Pro in every respect save the screen, which has been beefed up with an additional protective layer sandwiched between the display and the backlight. That has the obvious disadvantage of blocking some of the light, but the filing states that Microsoft’s engineers have managed to reduce the quality loss to less than 10 percent.

Most of the credit for that goes to the choice of materials, a combination of tempered glass or another transparent shielding material like PMMA and a likewise see-through adhesive that together add as little as three millimeter to the thickness of the screen. In return for accepting that marginal size increase, the NFL gained a tablet that can withstand up to 220 pounds of force.

Rounding out is the protection is an overlay of tempered glass, which is strengthened through heat rather the chemical processes that give the bottom layer its durability and can be found in the consumer edition of the Surface Pro as well. Like most of its rivals, Microsoft has gone with Gorilla Glass.

Assuming that Microsoft didn’t have to sign some exclusively contract with the NFL, the hardened Surface Pro should eventually make its way to consumers as well. The somewhat reduced display quality and likely premium price would limit its appeal, but there’s still a very broad range of areas beyond the football field where a force-resistant tablet could come tremendously handy.